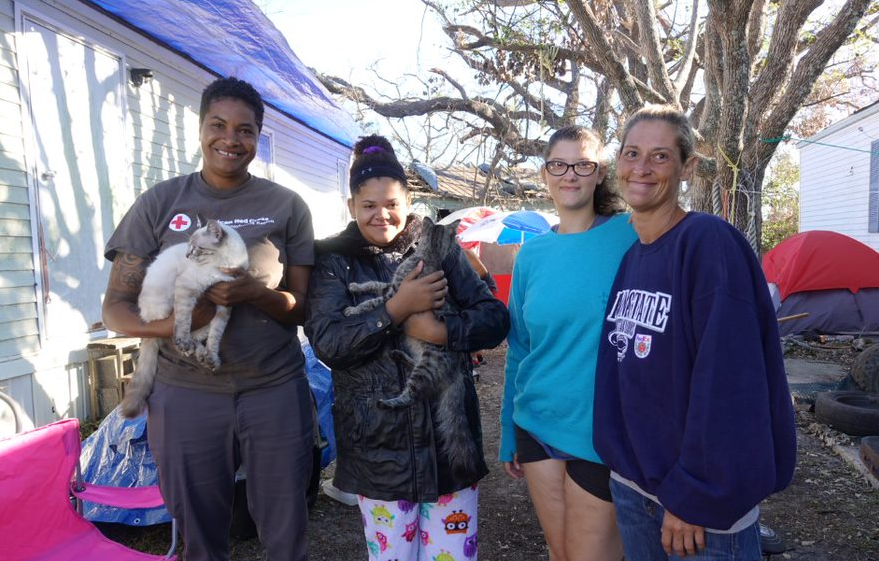 Volunteer Shanda Scott was assessing the damage to homes in the North Springfield neighborhood of Panama City when she heard what sounded like animals crying.  As she investigated, she spotted two cats leaning out the broken window of a home.

A neighbor told Scott the residents had evacuated 10 days earlier, before Hurricane Michael hit, and had not returned.
Scott reached in and pulled the cats to safety.  “Whether it’s people or animals, I feel I just had to do something to help,” she said. “You could tell they were hungry – they were meowing so loudly.” 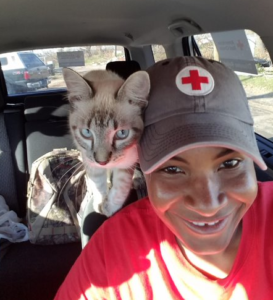 When she was unable to reach an animal shelter, Scott decided to take the cats to a local resident who she knew that was caring for abandoned dogs and cats.

Scott drove the furry storm victims to Jessica Manson’s house; the two met the previous day when Scott was doing damage assessment on nearby Powell Avenue.  When she recounted the cats’ sad tale, Manson replied, “Sure, I’ll take them in.  We’re animal lovers.  If we see an animal that’s hurt or struggling, we take care of them.”